It’s a nice and sunny cold and rainy Saturday and I noticed I have never written about keyboards, but I did post a few pictures on the Fediverse, so I thought I’d rather save them in a proper format.

At the time of writing I own 4 mechanical keyboards (and a handful of old non-mechanical ones, all unused - the newest of them is probably 7-10 years old already), of which I use two on an almost daily basis. 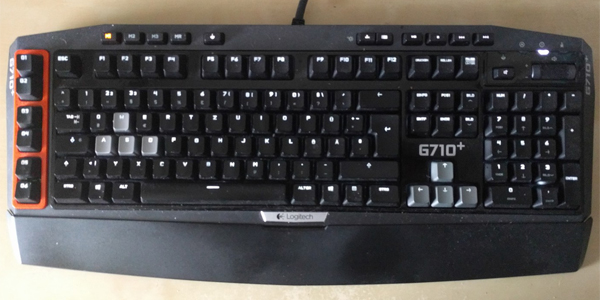 This is a Logitech G710+ MX Brown with a German QWERTZ layout. I bought it in February 2018, on ebay, for 60 EUR. I had successfully put off getting one for so long that I didn’t get a new one. Whatever. It was described as lightly used, as good as new - I had problems with the included USB hub, but I couldn’t care less. It was clean, had no blemishes, and everything works perfectly. I use this on my main workstation/gaming machine (Windows 7) after I had used a Logitech G10 for close to 10 years (or maybe 12? I don’t remember). The color was coming off the keys already, the LEDs were fading, it was becoming very hard to clean… But I already miss the 3x4 additional G keys when playing MMOs, but it’s ok. 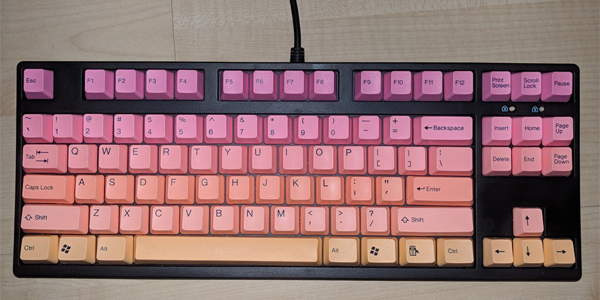 This is a Noppoo Choc Mid 87 MX Black, with a Tai Hao Sunshine Keycap set from MassDrop. I’ve had this one since July 2013 (so 5 years now) as a work keyboard, and got a nicer keycap set in early 2016. I originally wanted a rainbow one, but then settled for Sunshine as it was available at the time and I didn’t regret the choice. This is the best keyboard I’ve ever had (since 1994) and I hope I can use it for a few more years. 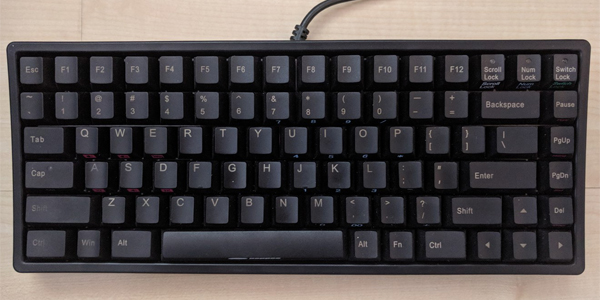 This is a Noppoo Choc Mini MX Black ANSI US International NKRO, I bought it in July 2012 for 88 EUR after having either this one or another Mid at my workplace back then. So this was my 2nd Noppoo Choc already. I’m not happy that the INS key is only available via Fn, and the arrow keys could be more prominent, but it’s ok. Would be a cool travel keyboard if it had a detachable cable and was a bit lighter.

This is a Motospeed Inflictor CK104 Blue Switch I bought in April 2017 for 41 EUR. This is a pretty nice keyboard, it was cheap and because I bought it for the sheer fun I took the white+rose gold version, not my usual color scheme. I think it doesn’t have original MX Blues but they feel similar. It’s absolutely not usable in an office, or anywhere with people around, and I personally don’t even like Blues that much. But I now know that for 40 EUR, instead of 100+ for a “proper” keyboard.

I don’t plan to buy more at this time, but who knows what the future will bring?